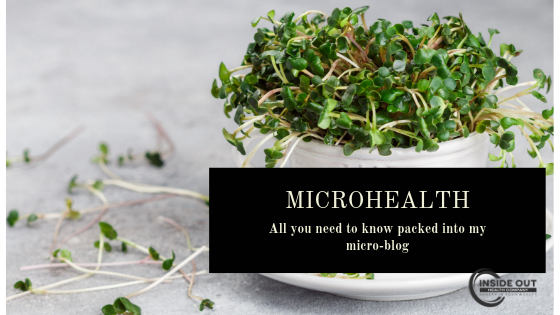 Do you want me to share the bad or good news first? Let’s go with bad and get it over with. I’m gonna give it to you straight. Straighter then you’ve ever heard it- here’s goes:

If you are a male between 18- 50 it’s time you start paying attention and wake up. I’ve tried the gentle approach, I’ve tried the funny approach. Your wife has maybe tried the nagging approach. I’ve talked to MANY women nationwide and I’ve got a pretty good grasp of how most men (husbands, brothers, grown son’s) are viewing health. In anyway, you’re not changing, caring, or doing much about it and it’s time your took this seriously.

You are going extinct.

This is the 4 alarm emergency. The entire fate of our species hangs, quite literally, on you. We are in the midst of a silent epidemic. One that isn’t being spoken about much, when it should be yelled from the rooftops.  If you happen to already be a father, then it is even MORE important that you pay attention. As the fertility of your offspring are in your hands.

Sperm counts are rapidly declining in males of the western world. It was found in a 2017 scientific paper; From 1973 to 2011 sperm counts have fallen by over 50%. At that trend rate we are heading straight for zero rapidly. Sperm motility is an important area to consider. Your sperm can’t be so lazy that they don’t even get up  and go for it when the egg is waiting.  Sperm fragmentation is also an important factor. Essentially how many sperm in your shot are fragmented and have ‘breaks and cracks’ in the DNA?  The alarming science is only focused on counts, but what if, of that already low count, half is fragmented and the other half has low motility?  We’ve got a serious problem on hand.

Without sperm there are no babies. Without babies the species growth comes to a grinding halt. This will be your fault. How’d you like that hanging over your head?

Gone are the excuses, “When I was a kid I did X, ate X, watched X and I turned out fine.”  That’s one big package to unwrap right there, but we’ll leave it at this, what is being sold to you and your children is not the same as when you we’re a kid.  The declining sperm counts is just one look at health that reflects the change in our environment from just a few generations ago.  There are many different ways we could look at the health effects from these environmental changes; rise in chronic disease, rates of serious illness in children, the appearance of autoimmune disease and unfortunately so much more.

And oh how the environment has changed. We are living out the side effects of the chemical revolution. Since the 1950’s thousands of chemicals have entered the marketplace without much safety testing. The chemicals are assumed safe until they are not and given the GRAS rating. (Generally Recognized As Safe). Rather then tested for safety first they are approved based on the manufacturing company’s own safety tests. Seems a bit like the fox guarding the hen house to me. There are no studies of the cumulative effects of said chemical. There are also no synergistic effects of what happens in a human body when exposed to chemical 1, 2 and 47, etc.

Plastic use has also  exploded in our lifetimes. Hard and soft plastics both have chemicals that are known as endocrine disruptors. These chemicals mimic estrogen and can move about the body freely, turning things off and on, plugging receptors and so on. As a result of this estrogen mimic exposure testosterone levels can drop and as a result of that sperm levels to drop as well.

Electro magnetic fields are also everywhere now. We even carry one in our pocket. The levels emitted from our phone can do damage to the body and you are placing this next to your DNA all wrapped up in a pretty little sperm package…just being vaporized.

For some reason the infertility discussion is only focused on the woman. There is not a focus on the male and that is something you need to speak up about. The time is now. YOU have to become involved, You have to start taking your health seriously and can no longer afford to be a passive passenger in this thing called health.

I believe sperm counts are a result of a perfect storm, you cannot place the blame in one area, rather is spans many- yet cumulatively it IS creating a massive impact as sperm counts head directly towards zero.

Zero, zip, nada. As in no viable healthy sperm.  Men are wired to reproduce, yet without some serious wake up calls, we’ll be on our way out.  I’m sure ‘they’ have some ideas out there, but I’m feeling that is not the way to go for humanity.

Time for the good news. Wake up right now, you can do something about it. You can drastically change your health  and that of your sons’ by making some immediate changes to your lifestyle. This would be the first place to start. Following is a list of things you can do right now to stand up to save our species.

·       Take your damn phone out of your pocket and never put in back. Carrying a phone emits radiation and EMF which can fry sperm.

·       On that note- keep your laptop and screen away from your precious jewels.

·       Lose the belly fat. A process called aromatization takes place the more belly fat you have which takes your testosterone and turns in to estrogen.  Presto change.

·       Change you diet- step away from the processed and junk food. It’s time to eat like a man and not a frat boy. Organic, clean, whole, real, foods. We, women, think a man who cooks is sexy.

·       Check your chemicals- check your personal care products and cleaning products-.You want to drop the harsh chemicals which can help you be the leader of the pack, when heading to zero. A race you don’t want to win.

o   Fun little factoid for you- atrazine is a pesticide applied to corn, which when leached into the nearby water can turn a male frog into a female frog with viable eggs- bet those corn chips don’t taste so good now, huh?

·       Load up on minerals that help to create healthy sperm.  Zinc, selenium, iodine.

·       Stay far away from plastics. Removing plastic water bottles and food containers would be a great place to start.

·       Go to bed. You are a daytime mammal. You sleep at night and awake with the sun. Start getting your circadian rhythms on a healthy schedule- so long Mr. night owl.

You might need to work with a functional holistic specialist to help uncover any underlying health issues that are affecting your sperm and testosterone production, like stress, adrenal health,  thyroid health, digestion dysfunction and GI issues to name a few.

The world has been waiting for you, the men, to wake up, stand up and save our species. Your time is now. 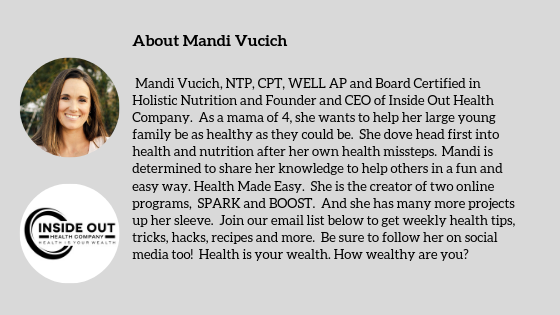 Share this with someone you know who'd love it